A day up the west coast

Taking sometime off from work pressures the Dust team headed up the West coast to Elands Bay this week. Conditions, wind and swell charts looked good so the call was made. Excuses to bosses were made, boards were waxed and car was packed.

The drive up to Elands is one of the straightest and uneventful roads in South Africa and as it was especially quiet during the week. So when you are doing 120km per hour and a tyre blows it changes your drive somewhat. Luckily the tyre that burst was on the rear and the driver managed to wrestle the car safely to the side of the road. Thirty minutes later, and a few “how to change a tyre” google requests the spare was on the car and the journey continued.

The delay gave the tide an hour to come off the low and the team arrived to some pulsing surf at 4 to 6 ft. When the swell direction is perfect, Elands has one distinct take off zone at the top of the point that lets the wave spiral over the reef. Not this day however, with wide ones catching the crowd of 20+ out of position many a time. Regardless great waves were caught by the team and with legendary surf photographer Sean Thompson on the beach, some great images were captured. 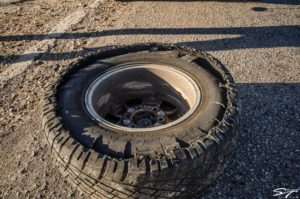 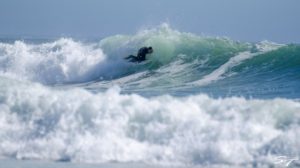 There were a few waves around recently 📷Jan E

Built a little 5’6 kneeboard for my daughter Bia